Twitterations: Freebies and Most Retweeted Tweets 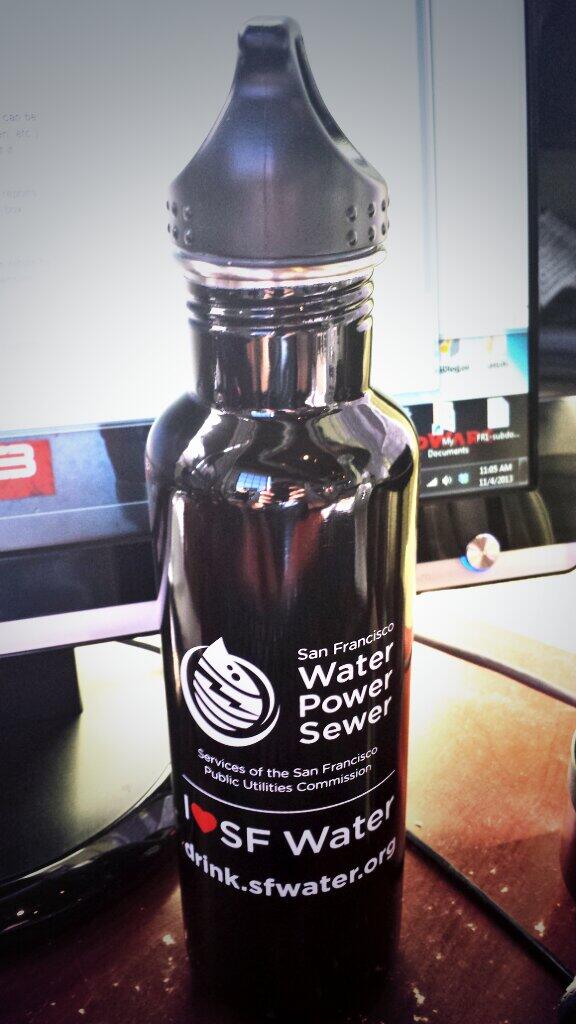 Lately I’ve been experimenting a lot more with my Twitter account. I Tweeted a funny bus ad to San Francisco Water Power Sewer and they sent me a free water bottle, check it out below!

Here’s the original Tweet I sent them one morning:

This cool little real-world interaction that spawned from virtual communication got me thinking about what my top retweets of the year have been. I dug around and found a useful little tool called TwitSprout, which showed me which of my Tweets got the most retweets. Below are the top three over the past few months – it’s no surprise they’re all tech related, as I tend to Tweet breaking tech news as my top content type.

My top Tweet was about Blackberry bringing BBM to other platforms like iOS and Android. Turns out people still like BMM, with 29 retweets of mostly rejoicing!

I even got a nice response from a tech follower in Italy on this one that garnered 21 retweets and 5 favorites:

When I Tweeted about Samsung’s unveiling of the Galaxy Note 3 Smartphone, I got 14 retweets and 8 favorites, rounding out the third top retweeted Tweet of mine of the past few months.

I'm Ken, a food-obsessed online product development expert with a passion for education and advancing society. Born in Australia to a Taiwanese mother and American father, exploring multicultural leadership and cross-cultural collaboration is a natural inclination for me.