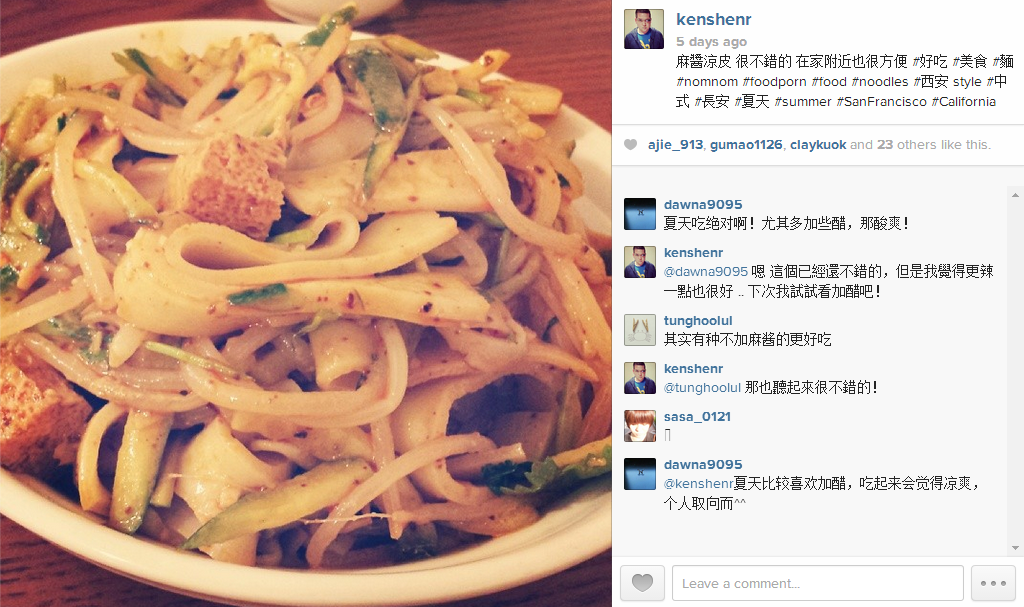 5 Tips for Increasing Instagram Interactions with Hashtags in Multiple Languages

Now that I’ve been using Instagram and toying with social media optimization for a while, I’ve become far more adept at using hashtags to garner interactions — even to the point where one friend proclaimed “You might be the food hashtag king.”

One day I decided to try adding Chinese hashtags in addition to English hashtags, and I noticed the photos I posted seemed to be getting more and more interactions. Had I discovered a means for social optimization through use of multiple languages?

I recently decided to try to perform a crude measurement of the impact of posting to Instagram with Hashtags in multiple languages, and the difference seemed tangible. I took interactions from the most recent 7 posts that had both Chinese and English hashtags and compared them to the most recent 7 posts that had only English hashtags, and here’s what I found: 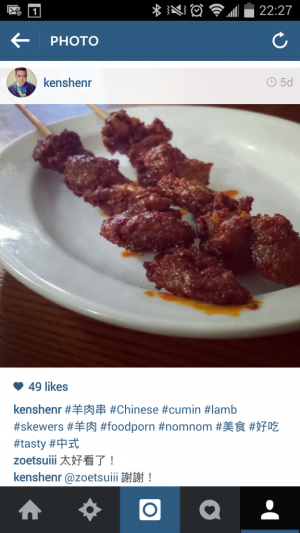 As you can see from the table above, average interactions for photos with both Chinese and English hashtags were about 30% higher! Now, clearly this is a small sample size with plenty of variables left unaccounted for (photo subject matter, quality of tags, etc.), but I don’t really have time to do a larger study (sorry). That said, I think there really is something to using more than one language to get more Instagram interactions, and I think there are some tips and guidelines that you can use to do it smartly:

Use a language you’re familiar with. Maybe you also speak Spanish or studied French — that’s perfect! The last thing you want to do is try using Google to translate into a foreign language that you’re unfamiliar with because you could translate things incorrectly or miss out on better hashtags. Remember, real people are going to be reading these, so if a bad translation makes you look incompetent, it could backfire. Think about it: how could you even Google translate #nomnom? Nothing good can come from that.

Focus on strongest hashtags and keywords per language. Let’s say you tag 10 hashtags per photo. Chances are once you get through five or six hashtags with one languages, the marginal return measured in interactions will start dropping off significantly. For example, if I post a picture of sushi, I’ll probably start with #foodporn, #nomnom, #sushi, #food, #Japanese. Beyond that, I would start getting into really specific hashtags like #fish, #salmon, #handroll, etc. Rather than trying to scrape the bottom of the barrel for interactions with these super specific hashtags, switch languages and start over with the most popular tags in that language (you may need to experiment or snoop around to find them). Continuing with this sushi example, I would probably switch over to Chinese with #美食, #壽司, #好吃, #生魚片, #日本料理, #日本, #日式.Bonus: You may have noticed Chinese can actually fit more hashtags in the same amount of space, nice!

Use “loanwords” (borrowed words between languages). Chinese and Japanese share some hashtags, so I’ve actually gotten quite a few Japanese followers through Chinese hashtags. However, this phenomenon is not unique between these two languages. You may have similar findings with other languages that share borrowed words or proper nouns (for example “weekend” is the same in English and French).

Don’t stop with hashtags. Make your descriptions, comments and replies multilingual also! By using more than one language is all areas of your Instagram account, you’ll do a better job of connecting to people in that language and boosting interactions through subsequent likes, more followers, and more comments within robust conversations that otherwise wouldn’t happen when using only one language.

And that’s it! Those are my five tips for now. I’ve noticed far more interactions since using more than one language, although it could be because Chinese and English are the two most commonly spoken languages in the world or simply because the subject matter of my photos lends itself well to a dual audience. Have you tried posting in more than one language? Have you found any of your own strategies or tips? Leave a comment and let us all know! Remember to also follow my Instagram account!